Here's Chekhov for the Nincompoops 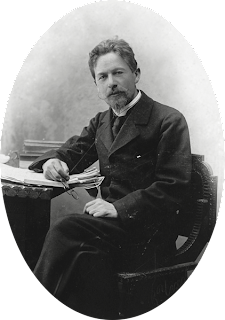 I have read Anton Chekhov's play "The Cherry Orchard," one summer in High School, and again in college for my Introduction to Literature. You'd think I remember everything about it up to now, a million heartaches later. No, Sir! The only thing I remember about the play is the word "nincompoop." A word which I so often used to describe classmates, teachers, and movie actors in the '90s.

A nincompoop is a fool, a stupid person who does not know he is one because he is that stupid. Some smart folks said the word originated from Dutch; others said from French; and a few from Latin. Whatever, it didn't come from Tagalog like "boondocks." (Taga saang bundok ka ba? :P )

As for me, it came from Chekhov.

For our dear would-be writers...Now, why all of a sudden specifically for writers? One ought to be really smart or downright stupid to wish to become a writer. My take.

Chekhov has this to say:

1. Know how to carry a shotgun.

A famous line given by Chekhov says: "A shotgun introduced on page one must go off before the end of the story." This unity of effect has something to do with the organized relationships between the various elements or aspects of the story. Each part functions in its relationship to the whole. The effectiveness of a pattern is that the reader follows it to its completion.

In one of the twenty-three stories in Sherwood Anderson's Winesburg, Ohio -- "Hands," Wing Biddlebaum is first described through his hands - their slender fingers, forever striving to conceal themselves in his pockets. It achieves the unity of effect as the same hands are described at the end of the story as picking up "the crumbs, carrying them to his mouth one by one with unbelievable rapidity" (17).

In a short story, almost every word has to be almost exactly right. It demands a nearer absolute exactitude. Chekhov's "razor" is known to throw out the first three pages which do not really amount to anything but circumlocution.

An advice given to Maxim Gorky by Chekhov: Cross out as many adjectives and adverbs as you can. Art must be grasped at once, instantaneously.

Looking again at "Winesburg, Ohio," one notices the use of short sentences, a sparse vocabulary, and uncomplicated syntax. It shows that a complex idea does not have to be presented in a complicated manner. As in this line used by Louise Hardy to describe the Bentley farmland owned by his father, to her son David: "It is an atmosphere not corrupted by my presence" (65).

4. Check your morals at the door.

Chekhov was not against social change, but he did not believe that social change was the answer to human condition of loneliness, unkind fate, unobtainable beauty, sadness and boredom.

Each character in "Winesburg, Ohio" represents human condition which may or may not be self-inflicted. Enoch Robinson's loneliness, Kate Swift's unconscious longing for an unattainable beauty, Wing Biddlebaum's unkind fate, and Seth Richmond's sadness, do exist and are very much alive in them, but none of them asked their society to change. They went through these conditions, hoping to emerge victoriously in the end.

Chekhov's stories seek not to find answers to these human problems, but merely examine them.

All the twenty-three stories in "Winesburg, Ohio" are the examinations of the characters' problems and conditions. The stories mean to understand human conditions and not necessarily to mend them. But the understanding of one's existence and the reasons for that existence offer more than solutions to problems.

Chekhov's characters accept the absurdity of life. They do not try to cheat death or loneliness. They accept these things as being a natural part of life.

Wash Williams is poisoned by the foulness of his wife. That women are a trick of nature was something he had to accept if he is not to kill every woman he meets on the street.

Like most girls, Wash Williams' wife Elizabeth thought marriage would change the face of life. "It changes things to have a man of your own," she was told. But later she admitted that these were all lies. Yet, Elizabeth stuck with her family, knowing that eventually it will all end.

Alice Hindman adhered to the inescapable human condition which makes all of us bear the burden of loneliness. In the story "Adventure," Alice turned her face to the wall and tried "to force herself to face the fact that many people must live and die alone, even in Winesburg" (112).