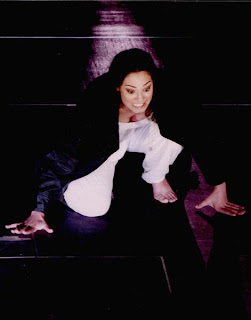 Written and produced by Euripides in 431 BC, Medea is a drama of self-absorbed individuals in a society where reputation is more important than guilt; where "every single man cares for himself more than for his neighbor" (Euripides, 3). Medea presents a woman who, for her savage passion to get what she wants commits two unpardonable crimes: first, she kills her brother for the love of a man, and second, she murders her own children for the sake of pride.

Medea is that kind of a story one gets to read in the tabloid. A news about a man from a slum killed by his own brother over a fight on money will find itself a column at the lower portion at the back page of Abante. From our experiences in reading periodicals, we realize that the value of a news article is determined by its place in the paper, and what news daily carries it. That being the case, we can see that the value of the news about the man's death by his own brother can be measured only as such. But what happens when the characters in the story are altered? Instead of the man from the slum, in the story is a man whose father is a gunned, is gunned down by his own brother? Will this news make it to the front-page headline, and the broad sheets as well? It will, most definitely. We have seen it recently. It is a classic tragedy. But what is a tragedy?

Aristotle, in his work, The Poetics, tries to define "tragedy." According to Aristotle, the hero or the heroine in a tragedy must be essentially good, who, due to a fatal flaw, will bring upon himself his fall. Where the character is not good, the audience will not care at all if he collides with bad luck. "Serves you right" will likely be the general comment. The incidents in a tragedy, according to Aristotle, must inspire pity and fear. Hardly do people take pity on a "bad" person effecting his downfall. People usually "feel for" an individual whose suffering they deem undeserved, whose punishment they believe is greater than his crime. Moreover, the hero in the tragedy should be of the nobility. Where the hero is not noble, the audience would care less about his destruction. For a fall to have immense impact, the fall should come from some degree of heights. An ordinary cobbler losing his job is a triviality when compared with a king losing his kingdom. Suffice it to say that people in general are afraid of falling, of losing. But what greater fear will it inspire than to watch a person of prestige and supremacy fall; to realize that this person in spite of power and authority can still have such gruesome fate? If despite all, he is still vulnerable to misfortune, then no one can claim security.

To say and defend that Medea is a good person require a lot of understanding of her motivation on why she did the things she did or rather in some instances, on why she had to do the things she did. In Colchis, Medea meets Jason who tries to take with him the Golden Fleece being tended by Aeetes, the King of Colchis and Medea's father. She, then, slays the dragon which guarded the Golden Fleece and saves Jason's life from the fire-breathing bulls. Medea kills her brother Absyntus to escape the attack of Aeetes.

Medea helps Jason to bring the Golden Fleece to his uncle Pelias who unlawfully reigns over the throne of Thessaly and promises to surrender its dominion to Jason in
exchange of the agreed ransom. And as if not enough blood has already been shed, Medea makes the daughters of Pelias kill their father. All these nefarious exploits Medea has done, for her love is stronger than her prudence (Euripides, 9).

At the end of the drama, Medea kills her own children because Jason decides to take for himself the king's daughter for a second wife. Although, she swears she loves her children and says, "My heart gives way when I behold my children's laughing eyes" (Euripides, 19), her raging passion has "triumphed over her sober thoughts" (Euripides, 19). Medea suppresses what love she has to serve herself. She says, "I can endure guilt, however horrible; the laughter of my enemies I will not endure" (Euripides, 15). It is an appalling euphemism stating that her pride is more important than her children's lives.

Can it be said then, that Medea is a "good person"? Perhaps. Who are we to judge other people's character and motivations? But because her only purpose is to survive at the expense of others she is inherently unlikeable. Disgust, not pity nor fear, is the only emotion aroused by the character of Medea.

Also in The Poetics, Aristotle says that a tragedy, to be effective must contain the elements called anagnorisis or recognition which refers to the change from ignorance to knowledge, and peripeteia, the reversal of fortune from good to bad.

Medea recognizes the beginning of her downfall when she finds out about Jason's infidelity. She is ruined the moment Jason asked Glauce's hand for marriage. Jason tries to pacify Medea by saying that he is marrying the king's daughter not because he loves her but because he wishes to insure Medea's safety and to be the father of royal sons bound by blood to his own children. However, the reverse happens. Medea knows better and sees Jason's motives clearly. Jason loves no one. His concern for his sons is based on the practical hope that they may someday protect him from his enemies. This infuriates Medea further.

In the hope of redeeming herself, Medea obliterates the source of her misfortune. Through witchcraft, she kills King Creon and his daughter Glauce with a poisoned gift. In the hope of "stabbing her husband to the heart", she kills her children. Notwithstanding, she may have successfully stabbed her husband's heart, but she fails to redeem herself. The weight of her crime drags her down deeply to her ruin.

As human beings throughout time have struggled with the idea of justice, Medea resorts to the extremes to attain this. Justice may mean reward for a good deed or punishment for a bad one. Medea like most literary works on justice centers on the latter. Medea is wronged by her husband so she has to hurt him back. In killing her children, she means to inflict more pain to Jason. The heroine pursues justice even when it is costly and painful, and despite the consequences that may lead to her annihilation from the society whose opinion she holds most important. In Medea, justice has become a mask for pride in an unjust world.

Aristotle also said that tragedies must conform to the three unities - of time, place and action. Medea does, indeed, occur in real time, without gaps or jumps in the time. Past events that happened a long time beforehand are discussed or told by various characters, such as the nurse relates how Medea met Jason.

Everything happens in the same place. All the action takes place in the house of Jason and Medea in Corinth. Again, events that happen elsewhere are related by one of the characters. Such is the case when the attendant arrives and narrates how King Creon and Glauce died of the poison sent by Medea.

Finally, there is the unity of action. The play concerns itself only of Medea's lot on the day she kills her children, Glauce and King Creon. There are no sub-plots or other distractions. We do not learn how Jason got intimate with Glauce or how particularly King Creon rules Corinth.

As regards the structure of the plot, Aristotle says that the poet should aim either at the necessity or the probable. Should a poet require the use of deus ex machina, it should be employed only for events outside the scope of the tragedy: "for antecedent or subsequent events, which lie beyond the range of human knowledge, and which require to be reported or foretold" (Smiths and Parks, 4). Medea falls short of this.

In Medea, Euripides makes use of deus ex machina to facilitate Medea's killing of Glauce and King Creon, a way of undermining the audience's sensibility. In reality, however, murder cannot be executed so simply as sticking out one's foot to trip one's enemy. Pre-meditated murders do not come cheap and easy. Euripides must know this, thus, to have the most convenient way out, he uses witchcraft to carry out Medea's act of murder.

Euripides seems to have quite a number of problems thinking of ways to untangle
conflicts. At the end of the play, Medea escapes through the sudden introduction of a chariot drawn by dragons. Like manna from heaven, comes the chariot to suit the requirements of the plot. And the poet expects the audience to believe that, and hopes to get away with it, the way Medea just got away with the crime.

(In the picture, Clio-Danae Othoneou as Medea in Peter Stein's 2005 production at the Theatre at Epidaurus. Picture from Wikipedia.)
Posted by Yaw Lee