Reading the biography of Steve Jobs by Walter Isaacson is evolving into a new religion, my own religion.

Indeed, things lead to their opposites. This debunks the new age philosophy that like attracts like, that the law of attraction is, in fact, the attraction of the opposites. "...that great harvests came from arid sources, pleasure from restraint." To find true love, one has to overcome hate. Or indifference. For to love to find love is madness. To love only what is lovely and lovable is hypocrisy.

Here's to Steve Jobs, and the crazy ones, the misfits, the rebels, the troublemakers... 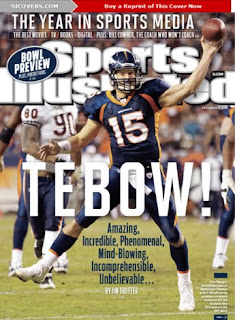 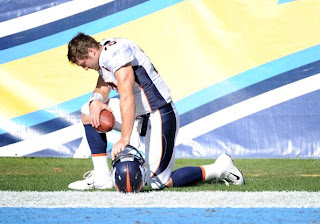 A Yahoo sports article that came out last December 14 wondered why "Superstar Still Unknown In Philippines City Of His Birth." A country known for taking credits for anything with a shade of Philippines in it, Philippines is slow to ride on the Tebow bandwagon. They complained.

ThePostGame.com even took pains in calling the Makati City Hall to ask if anyone knew Tim Tebow. They almost had a heart attack when everyone of those they talked to denied any knowledge of him.

So who is Tim Tebow, "the most talked-about athlete in the United States" today? Well, since you're already online, why don't you Google it? (Yeah, I'm feeling lazy today.)

Alright. Here's my December 12 tweet: "So Tebow was born in the Philippines to American missionary parents, was homeschooled, helped in orphanage and missionary work. Nice." December 12, Tebow, Denver Broncos' quarterback was Twitter-trending worldwide after a streak of miracle wins. His life story is as colorful and inspiring as Pacquiao's.

In an interview recently, Tebow said: "I will always have a special place in my heart for the country where I was born." 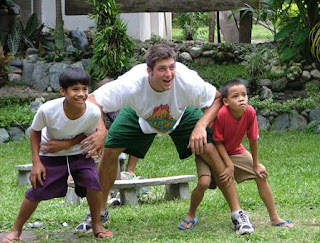 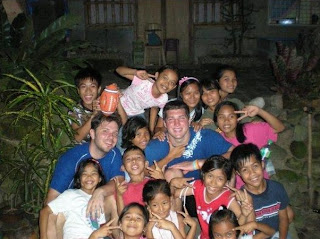 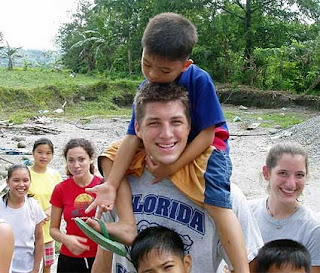 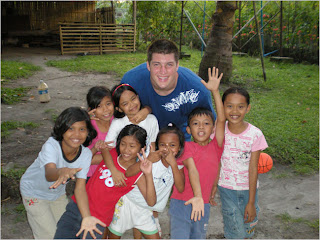 This is one bandwagon I want to join.

However, it is sad how Tebow is mocked for his PDF (public display of faith) by dropping to his knee thanking God after each touchdown. In every interview after a game, he would start by thanking "my Lord and Savior Jesus Christ" and end it by bidding the interviewer "God bless."

To each his own, I guess.
Posted by Yaw Lee 2 comments: