A Mirror of Each Other - Yoling and Yolanda: 42 Years Apart

Typhoon Yoling struck on November 20, 1970. Those in their 50s and 60s and even 70s still remember it well like a nightmare. In the province, pigs in their sty drowned. Nipa huts were shredded like palay stalks fed to rice granaries. In the city, glass windows shattered in hospitals and concrete homes and buildings. Flood washed away everything in the way -- that went without saying, either. "Climate change" was still grammatically incorrect and Al Gore was only 22 years old.

News feeds remind you of Hollywood movies; what happen to the victims in the aftermath reminds you of novels telling the theme of dehumanization: The Call of the Wild, 1984, Lord of the Flies...

The world has come together to extend a hand: countries (developing and highly developed, friends and foes), leagues (big and small), individuals (popular and notorious; known and unknown; rich and poor).

The world has shed tears, some bent their knees, too.

There is a lesson here. May we pass the next open book exam henceforth. 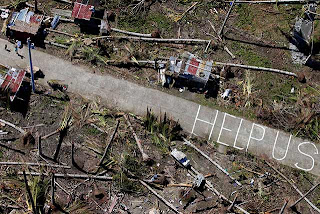 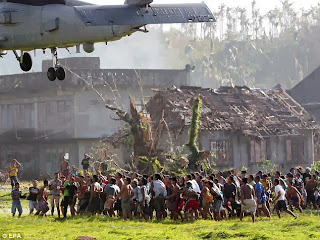 (They have had enough posing for aerial views.) 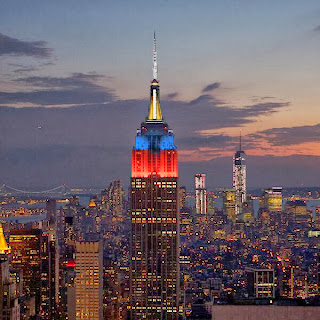