It started over coffee with two of my former college English professors. Since we're all almost about the same age, we had only two topics to juggle around: men and books.

Topics about men are all the same, we were done talking about it in fifteen minutes. Now, books. Now, you're talking.

We talked about this local bestselling author who used to be their student. Then Saramago, that Portuguese atheist Nobel Prize laureate for literature whose books are being sold real cheap at an underground bookstore right around the Manila City Hall.

Of course, all this talk about books would have to boil down to our latest author addiction. One of the ladies gushed about Haruki Murakami. She said she used to scour bookstore after bookstore for Murakami novels that came few and far between. But now, the big bookstores carry almost all his published books. There's a happy girl now.

Going back to Murakami. My teacher talked about this writer's works like a lover. The depth and intensity is just so, I was vacuumed into it. Right there and then I promised to start a new love affair with a Japanese. My first was with Yukio Mishima, but that was a long time ago. 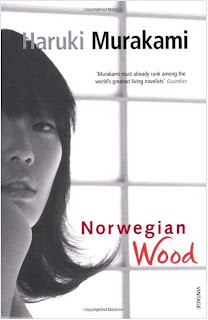 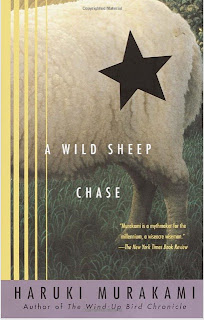 A Wild Sheep Chase. This kind of title wouldn't stand a chance of being read by me had I not read one Murakami novel before it. What can I say? It is a crazy myth about a man trapped in an exclusive web of the powers-that-be. A nobody who is made to believe he meant something to the world. The novel is an attack to the "vainglory of modern Japan." The main character explains: "What I mean is, I don't really know if it's the right thing to do, making a new life. Kids grow up, generations take their place. What does it all come to? More hills bulldozed and more oceanfront filled in? Faster cars and more cats run over? Who needs it?" And I knew I would have a lasting affair with Murakami the moment I read the following line. The most poignantly descriptive narrative, the most creative work that can only come from a real talent. This line, this metaphor owned me: "Then I fished my keys out of the recesses of my pocket and leaned forward, forehead against the icy iron door. From somewhere behind my ears, a click. Me, a wad of cotton soaked through with alcohol." Like who, what writer can describe being drunk in such a fashion - "a wad of cotton soaked through with alcohol"? 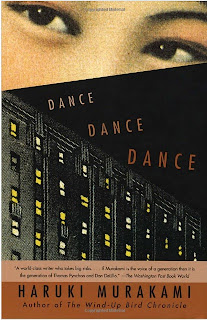 Dance Dance Dance. A sequel to A Wild Sheep Chase. If the latter is a work of political commentaries, Dance Dance Dance is an attack on society. Man and society set the music and all we have to do is dance, dance, dance. Stop dancing and you will be swallowed by the wall whole and untraceable. The main character (an unnamed one even from the first novel) finds six skeletons representing the facets of his life: the one-armed poet, the high-class prostitute, the ex-girlfriend with the most beautiful ears, the movie star, the pretty hotel clerk, and the thirteen-year old beautiful and talented adult child. The first four have all died: the follower and the giver; the dreamer in a fairytale; the thinker; and the schizophrenic. The last two remain alive: the normal and the down-to-earth; and the weak trying to be tough. The work shows that the world is a cruel musician and choreographer. There cannot be just one kind of dance. So we have to dance, dance, dance.

My experiences with Murakami have just been so I have stocked my iBooks collection with 9 more of his works: